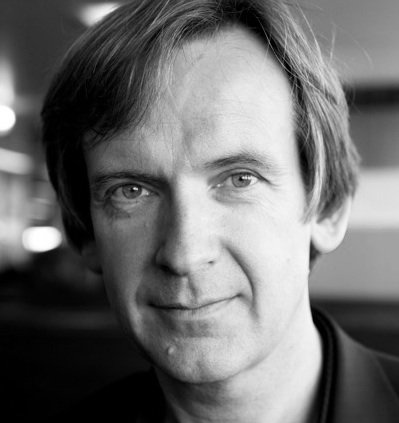 The Pianist James Alexander was born in Canada, where he studied with Robert Silverman at the University of British Columbia (Vancouver). After his graduation he received a stipend to continue his studies for a Master of Music Degree with Sasha Gorodnitzki and Janina Fialkowska at the Juilliard School of Music in New York City. At the same time he enrolled in Master courses given by Leon Fleischer, Menahem Pressler and Mischa Dichter, and trained to be a Lieder and Song accompanist with Martin Katz and Gwendolyn Koldofsky. In 1987, James Alexander was a coach at the Opera Studio in Zurich followed by an engagement as principal coach and conductor at the Opera House in Aachen. In 1992 he was appointed as a lecturer at the University of Arts in Bern. Since 2006, James Alexander also conducts a class for chamber music at the Haute Ecole de Musique in Geneva.. He is a regular guest for Chamber Music- Master classes at the Juilliard School. In addition to solo performances, James Alexander has performed as a Chamber musician, as partner to among others Thomas and Patrick Demenga, Thomas Füri, Isabelle Magnenat, Michael Sanderling, Anja Silja, Richard Tognetti and Gérard Wyss. He has performed in recitals with Dawn Upshaw, Michèle Crider, James McCracken, Ursula Füri-Bernhard, Ralf Lukas and Jakob Stämpfli. He concertizes throughout the world on tour and plays at the Schleswig-Holstein Festival, the European Music Festival in Stuttgart, the Heidelberg Spring, at the Kronberg Academy, the Zurich Opera Festival, the Sommets Musicaux of Gstaad (Switzerland), at the Meiringen Festival of Music (Switzerland), at Sine Nomine Festival in Lausanne, at the Menuhin Festival in Gstaad, in the Swiss Chamber Concerts and at Lincoln Center in New York. His recordings include Solo Piano Music, Chamber Music and Songs. Current and future projects include an upcoming CD recording of music by Daniel Schnyder, a recital of Brahms' Die schöne Magelone with Ralf Lukas, a concert program featuring Beethoven's Cello Sonatas in January 2013 in Berne with Thomas Demenga and a Chamber Music concert in Geneva with the Chamber Music Ensemble of OSR with Ernest Chausson's Chanson Perpetuelles as part of the concert season of the Orchestre de la Suisse Romande. In addition, a Duo Piano recital with Gérard Wyss and a concert on the occasion of the 50th Birthday of the Camerata Bern with Thomas and Patrick Demenga is scheduled.

His debut for I VIRTUOSI AMBULANTI e.V. took place in 2012 as Musical Director and Pianist with the program Bel canto salon cantatas at the Esterházy Palace in Eisenstadt (Austria).